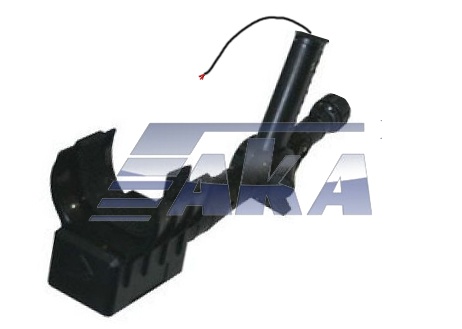 The АКА Condor 7252М model, which has been produced for many years, is considered an mid-level metal detector, however, this detector is still popular among representatives of power and security services. Despite the fact that the Condor-7252M is almost out of production, its reliability and functionality are still in demand by both professionals and amateurs.

This explains the high demand for such an auxiliary device as the armrest for the Condor 7252M, namely its upper part. By adding this element to the standard equipment, consisting of an control box, a telescopic pole and a coil, you can significantly increase the usability of the device and make it easier to hold in your hand.

With an armrest, this single-frequency 7kHz metal detector is becoming more advanced as modern standards require. By purchasing this inexpensive accessory, you can significantly improve the operational qualities of the detector.

Type
Armrest-upper part
Feature
Only for the Condor 7252m device